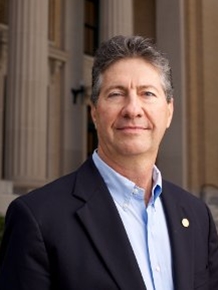 Laird A. Lile, a Top 10 Florida Super Lawyer for 2018, 2019, 2020, 2021, and 2022, and a Top 100 Florida Super Lawyer for eleven years, has been recognized as a Best Lawyer for 25 consecutive years.  He was named in Florida Trend’s inaugural list of the Top 500 Most Influential Business Leaders in Florida in September 2018, and has remained on that list for each subsequent edition.  He has practiced law in Florida since 1984, specializing in estate and trust matters. Laird is certified by The Florida Bar as a Wills, Trusts and Estates lawyer (since 1989), is a Fellow of the American College of Trust and Estate Counsel (ACTEC) (since 1995), is included in Woodward/White’s The Best Lawyers in America (since 1995), is recognized as one of Florida’s “Legal Elite” (Florida Trend, since 2005), and as one of Florida’s “100 Top Super Lawyers” (since 2010).  Laird is a graduate of the College of William and Mary (B.B.A. 1981), Ohio Northern University (J.D. with honors 1984), and the University of Miami (LL.M. in Estate Planning 1987).  He is also a Certified Public Accountant (inactive, Florida).

Laird is committed to serving the legal profession.  He is in his ninth two-year term as an elected member of the Board of Governors of The Florida Bar, representing the Twentieth Judicial Circuit.  Laird is a past Chair of the Real Property, Probate and Trust Law Section of The Florida Bar (2004-2005).  Laird has served the Section in numerous capacities, including as chair of many committees, including Liaison with Corporate Fiduciaries, Strategic Planning, and Legislation, during which time Florida’s elective share law and the current Florida Probate Code were enacted.  Laird served as Co-Chair of a special ad hoc committee, the Trust Code Revision Committee, which developed the comprehensive revision of Florida’s trust law enacted in 2006 by the Florida Legislature.  Laird also served on an ad hoc committee that drafted comprehensive laws for powers of attorney in Florida, which was enacted by the Florida Legislature in 2011.  Laird received the Section’s Annual Service Award for his outstanding effort and achievements in 1999, the Lifetime Professionalism Award in 2009, and the Robert C. Scott Award for devoted and continued service in 2010.  Currently, Laird serves as the Section’s liaison to the state’s Clerks of Court.  He is the current and founding Chair of the RPPTL-PAC, a political action committee established in 2004 to support legislative initiatives concerning real property, probate and trust laws in Florida.

In the American College of Trust and Estate Counsel, Laird has been active in governance, with substantive committees, and in initiating the Florida Fellows Institute.  He was elected as the Florida State Chair in 2008 and served through 2013 when he was elected as a Regent of the College.  In 2019, the President of ACTEC appointed Laird as an initial member of the Artificial Intelligence Taskforce of the College.  Laird is also a member of the Collier County Bar Association and is a founding director of the Trusts and Estates Section of that Association.  In 2007, this Association recognized Laird as its Attorney of the Year and the local judiciary presented him with its Lion of the Law award in 2011.

Laird writes and speaks on estate and trust issues for local, state and national organizations.  He is a frequent speaker at seminars organized by The Florida Bar.  Laird has published an extensive manual on powers of appointment for the Bureau of National Affairs and a comprehensive legal practitioner’s guide titled Florida Probate: A Discussion and Commentary.  Laird has also been an adjunct professor at the University of Miami School of Law in the estate planning LL.M. program.

Laird and his two children, Langdon, a graduate of the University of Virginia and the University of Miami School of Law, and Linden Alise “Allie,” a graduate of The Ohio State University, are also active in their community.  Laird is a past board member and executive committee member of the Florida United Methodist Foundation.  He was a founding board member of the Collier County Education Foundation and is a past Chair. Laird is a past Chair of the School Advisory Council for Naples High School.